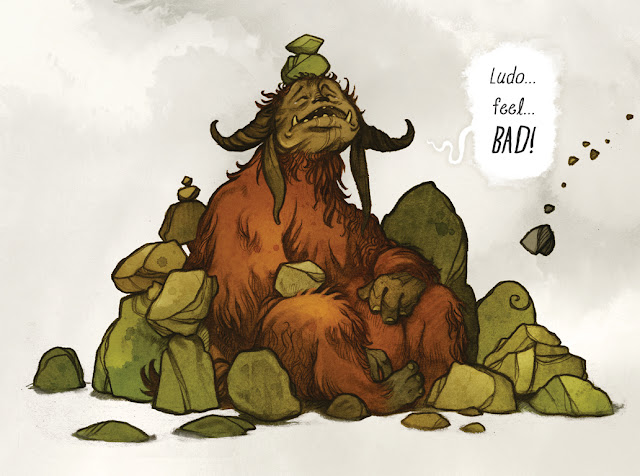 Since 2002, the first Saturday in May has become a holiday of sorts called Free Comic Book Day.

Readers of all ages flock to their local comic shops on this special day to grab their copies of free comics from big publishers and independents alike. FCBD is an important event for many reasons, not the least of which is encouraging the next generation of readers, introducing them to new writers, artists, and genres.

For the last five years (with the exception of 2014) I've had the pleasure to be a part of this annual celebration by writing and illustrating stories for the Jim Henson Co. published in the BOOM! FCBD book.

Hands down, Ludo is my favorite character from Labyrinth. Over the years I've had the chance to write a little cameo or two for him in some of the comics but I've had yet to find just the right story for him to shine. For the 2016 story I knew just one thing: it had to be Ludo-centric.

Other than that I really didn't know what I wanted to do. 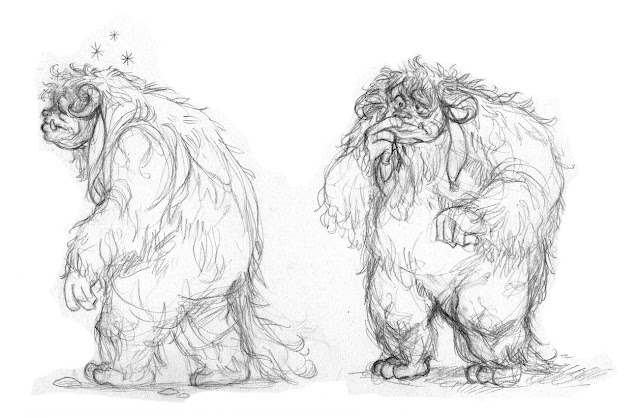 When it comes to writing, I always think of this Bill Watterson quote,

I think I learned to be a writer so I could draw for a living. Actually, I enjoy writing as much as drawing, but working on a deadline, the drawing is easier and faster.

People always ask how cartoonists come up with ideas, and the answer is so boring that we're usually tempted to make up something sarcastic. The truth is, we hold a blank sheet of paper, stare into space, and let our minds wander. (To the layman, this looks remarkably like goofing off). The Calvin & Hobbes Books Tenth Anniversary Book.

For this one I began by thinking through what I'd like to draw. That's one of the perks of writing the stories as well, I can lean them towards scenarios, locations, and characters that I actually want to draw. (I mean, if left to my own devices, I'd place every story in a mossy forest or some ruined stone structure.)

After I began tinkering with ideas, the story branched out in two directions. I ended up developing both ideas all the way through to presentable thumbnails and gave both stories to my editors for them to make the call. 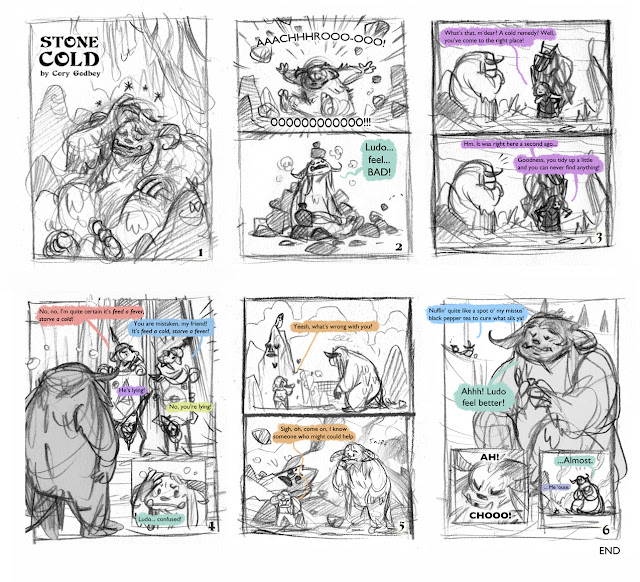 Once approved, I began to work through the drawings. 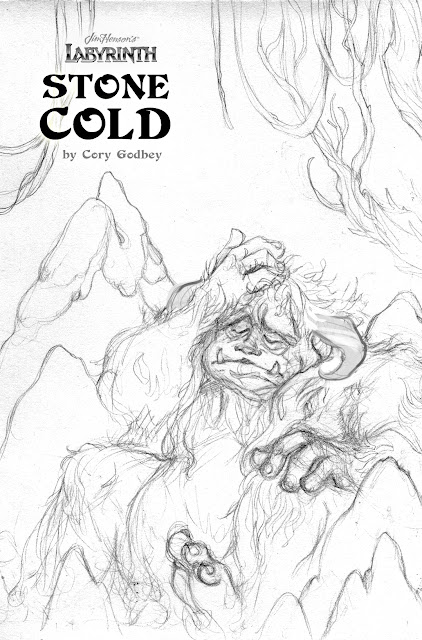 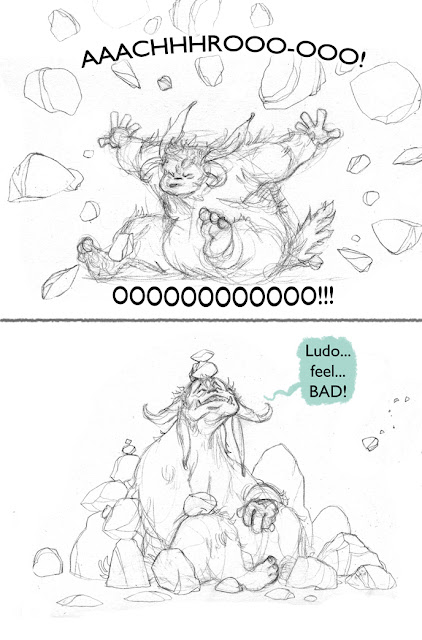 After this stage, of course, it was on to the finished drawings. If you've read any of my past comic posts, you know that I approach each individual panel in mostly the same way I would do any illustration (so I don't actually work in panels).

I'll just draw all this stuff, scan it, and assemble the panels later. 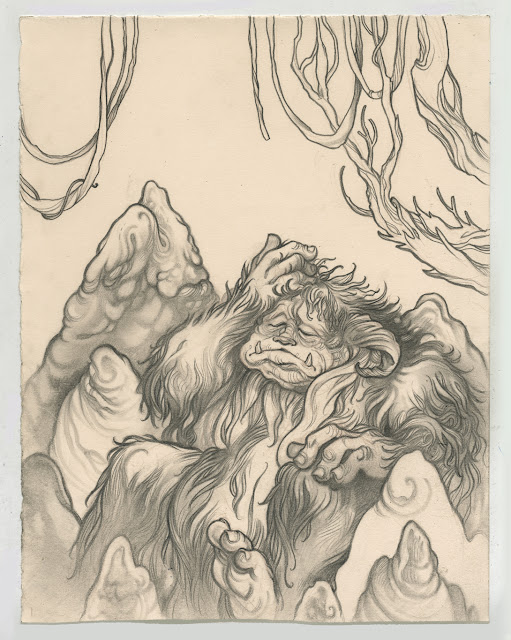 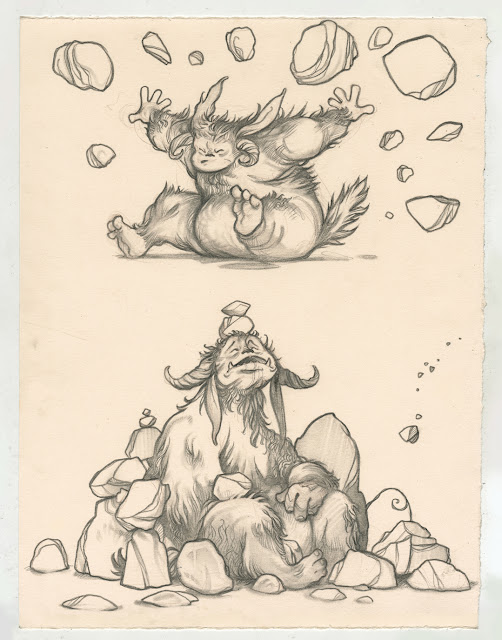 If I've planned everything correctly, once the drawings are done, it's all down hill. 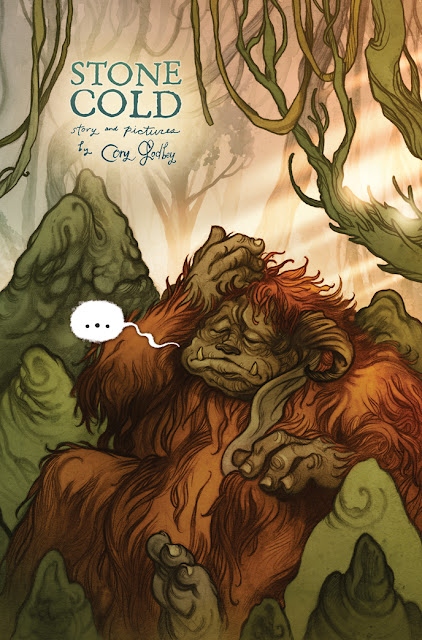 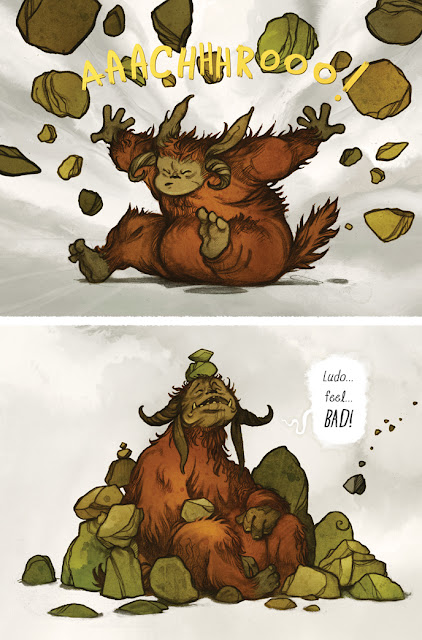 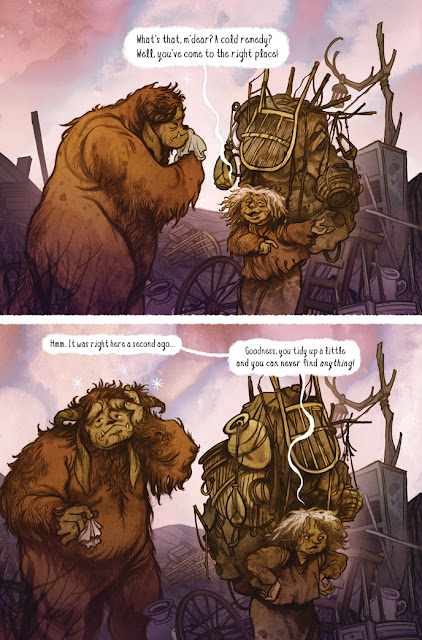 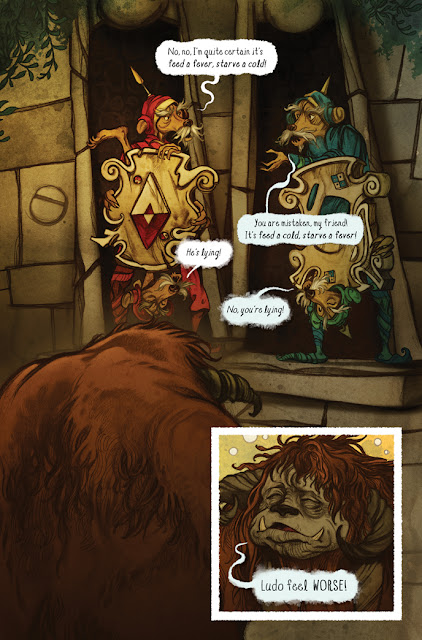 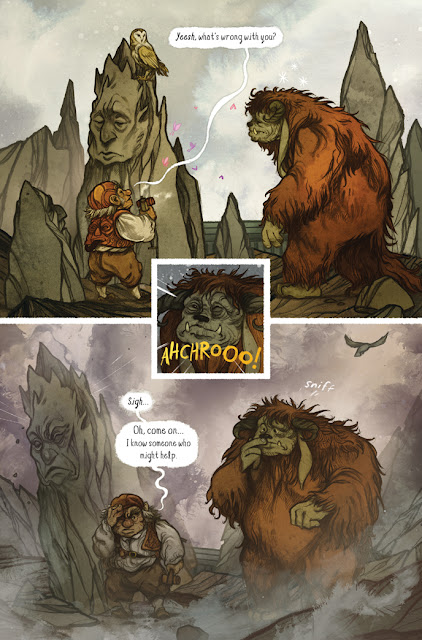 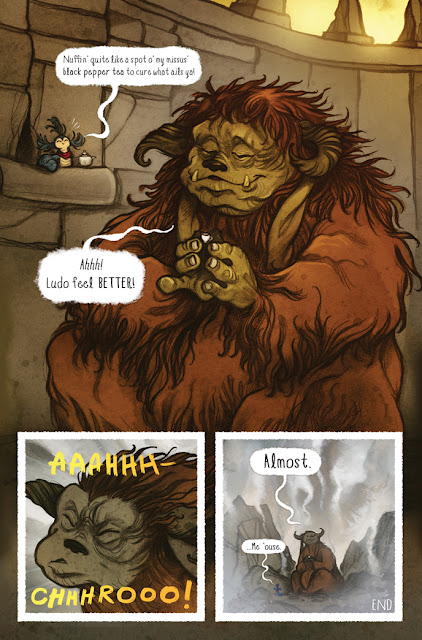 Over the years these FCBD Labyrinth stories have come and gone and if you didn't manage to track down a copy you were out of luck. Well! Just announced over on Entertainment Weekly, as part of the 30th anniversary celebration of the film, my FCBD stories will be collected in a book! More on this when we're closer to the publication date.

I feel incredibly grateful that I've been given the opportunity to put my thumbprint on the world of Labyrinth and in some small measure add to the Henson legacy.

And you know what, here are the thumbnails for the rejected story. I wanted to do this one for, really, just one reason: this huge, hulking creature treating a waterfall like a morning shower. Enjoy! 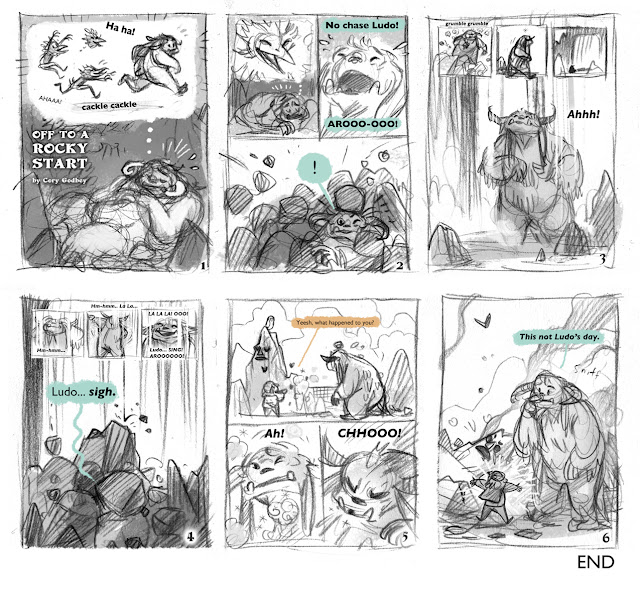