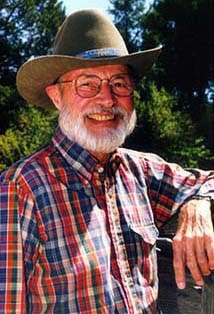 While putting together my previous post about movie posters, scratching my head and trying to remember who did what, I admit that I found myself feeling more than a little nostalgic about the work of Frank McCarthy. I mean, if you were standing in front of a theater the man's posters literally leaped out, grabbed you by the lapels, and yelled, "Look! You want excitement? Here it is, kid!" 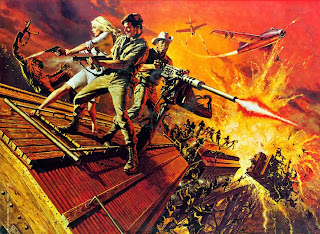 Above: One of the posters for Dark of the Sun, also known in some regions as The Mercenaries (1968). 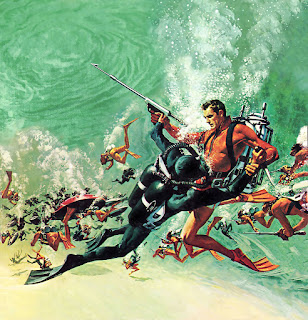 Above: One of the posters for Thunderball (1965). This art was licensed as a jigsaw puzzle, which I carefully put together, glued to a piece of poster board, and hung on my bedroom wall. 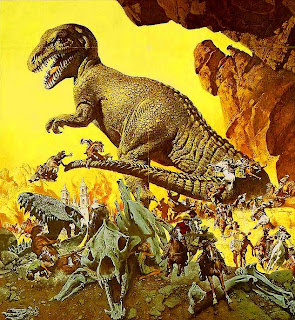 Above: The poster for Ray Harryhausen's SPFX opus, The Valley of Gwangi (1970). If memory serves, you could buy copies for a dollar or two from a company who specialized in selling overstock movie posters that advertised in DC Comics in the early 1970s. 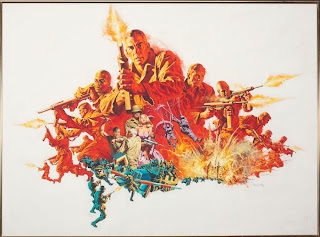 Above: Yep, it's the original art for The Dirty Dozen poster that was sold via Heritage. Original poster art—despite there being a lot of it created through the years—is generally pretty difficult to come by. 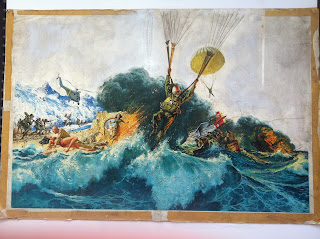 Above: Looking a little worse for wear, the original poster art for Flight From Ashiya starring Yul Brynner (I'd never heard of the 1964 movie before stumbling across this scan). 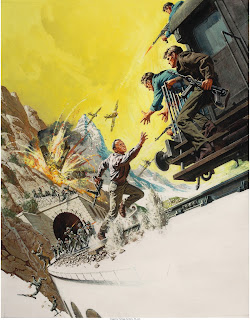 Above: The original painting for Von Ryan's Express.

Frank McCarthy was born in New York in 1924, studied under George Bridgeman at the Art Students League and attended the Pratt Institute in Brooklyn. He began freelancing in 1948—and, as I mentioned in my previous post, shared a studio with Bob Peak and Robert McGinnis—and created illustrations for Colliers, Argosy, and True magazines, numerous book covers, and, of course, a stack of memorable film posters. A meticulous craftsman, McCarthy rarely hesitated to give an honest opinion of works by his contemporaries; a comment to Frank Frazetta about "Death Dealer" during a Society of Illustrators dinner still had Frazetta seething three decades later. 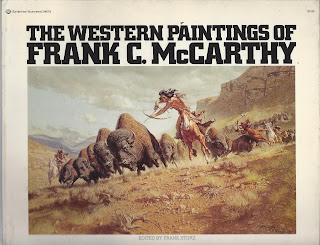 McCarthy started painting Western Art in 1968 and eventually left illustration entirely for the gallery market. He was inducted into the Society of Illustrators Hall of Fame in 1997 and passed away from lung cancer in 2002. While there are several very good books devoted to Frank McCarthy's Western Art, there isn't a collection that chronicles his illustration work. I know I'd buy it if there was one. 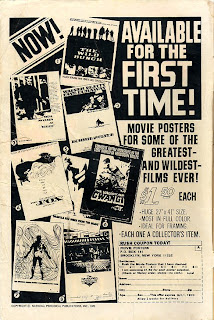 Update: I found the movie poster ad that I referenced in the comments section. A blast from the past! 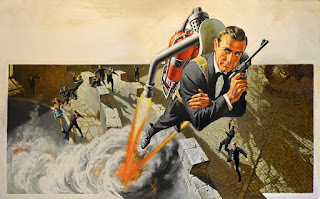 Update 2: And I found a scan of the original jetpack art for Thunderball!