Artists' Favorite Quotes on Art, The Universe, and Everything

I've been having kind of a rough week. Feeling overwhelmed, defeated, incapable, and just all-around un-awesome. It happens to everyone—and we all have our own personal ways of shaking it off and inspiring ourselves again. If you've had a chance to see one of my sketchbooks, you know I always copy a few pages of my favorite quotes in the front. It's not only good to copy them by hand every time and really etch them into my brain, it's also a great reference for days I need a quick injection of inspiration. I'm going to include some pics of pages out of various sketchbooks...don't judge, I do a lot of doodling in meetings...
Since this is Muddy Colors, I wanted to focus the list on quotes about Art...and then I realized there's a hell of a lot of quotes about Art that are really just about Life, and vice versa. I knew I wasn't the only quote-a-phile out there, so I reached out to some other artists to see what quotes they keep close to their heart. I think it tells you a lot about a person. And now I've got a whole new treasure trove of inspiration for the next time I land in the dumps. Enjoy!  Thank you to everyone who contributed to this list. And feel free to add your favorites in the comments! 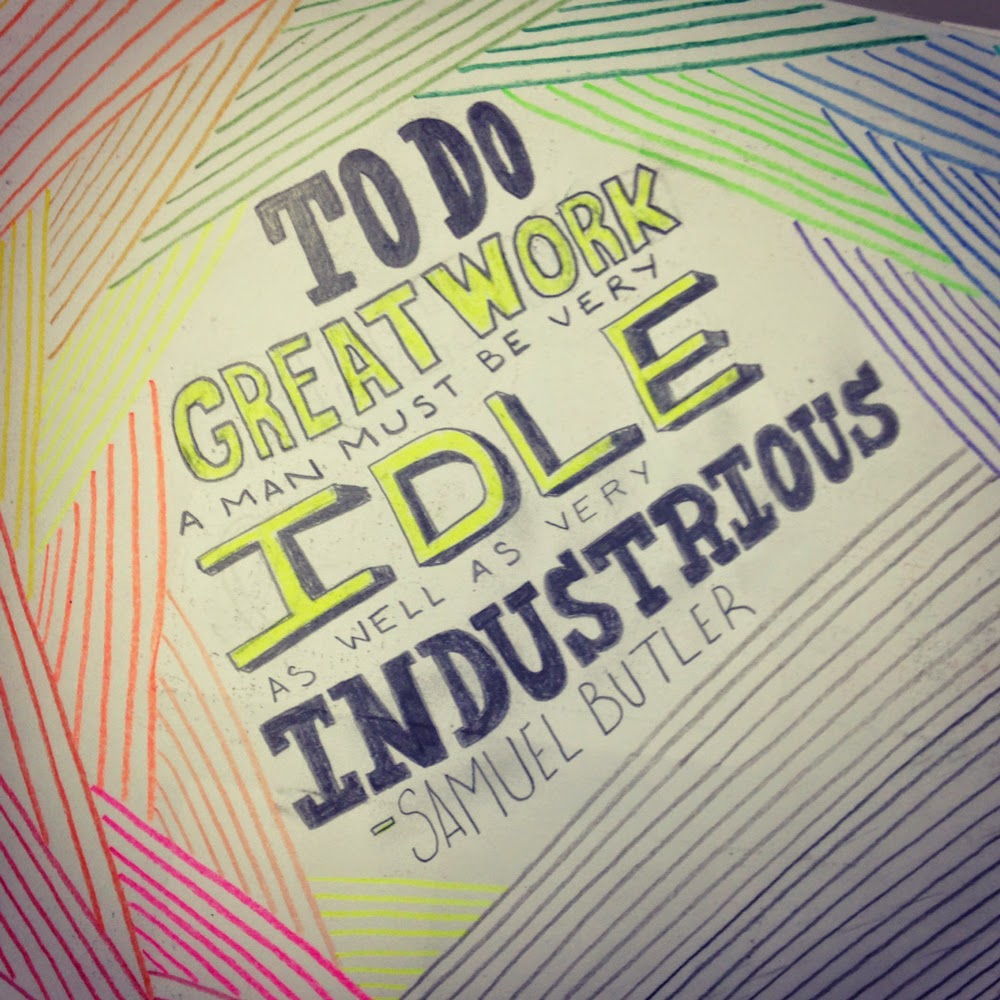 Some of my favorites: "The secret of change is to focus all your energy, not on fighting the old,
but on building the new." — Socrates

"The secret of getting ahead is getting started." — Mark Twain
"The world breaks everyone, and afterward, some are stronger in the broken places."
— Ernest Hemingway "Always be a first-rate version of yourself and not a second-rate version of someone else."
— Judy Garland "Life shrinks or expands in proportion to one's courage."
— Anaïs Nin "He who has a why to live for can bear almost any how."
— Friedrich Nietzsche

"If you're going through hell, keep going." —Winston Churchill

"Where the needs of the world and your talents cross, there lies your vocation." — Aristotle

"You become who you pretend to be." — Kurt Vonngegut

"I don't know where I'm going from here but I promise it won't be boring." — David Bowie

"I'd rather be someone's shot of whisky than everyone's cup of tea" — ?

"A ship in the harbor is safe, but that's not what ships are for." — William G. T. Shedd

"We cannot cure the world of sorrows, but we can choose to live in joy." — Joseph Campbell Julie Bell: Here are some of my favorites.  While they might not seem like they are "about art", they are exactly about art to me: "Remember always that you not only have the right to be an individual, you have an
obligation to be one." — Eleanor Roosevelt "The heights by great men reached and kept Were not attained by sudden flight,
But they, while their companions slept, Were toiling upward in the night."
— Henry Wadsworth Longfellow
"The problems of this world cannot possibly be solved by skeptics or cynics whose
horizons are limited by the obvious realities.  We need men who can dream of things
that never were." — JFK "All the knowledge I possess everyone can acquire, but my heart is all my own." — Goethe "Your vision will become clear only when you look into your heart...Who looks outside, dreams. Who looks inside, awakens." — Carl Jung "Keep love in your heart. A life without it is like a sunless garden when the flowers are dead."
— Oscar Wilde "We'll weather the weather, whatever the weather, whether we like it or not."
— Old Farmer's Almanac Dave Palumbo: "What is to give light must endure burning" — Viktor E. Frankl 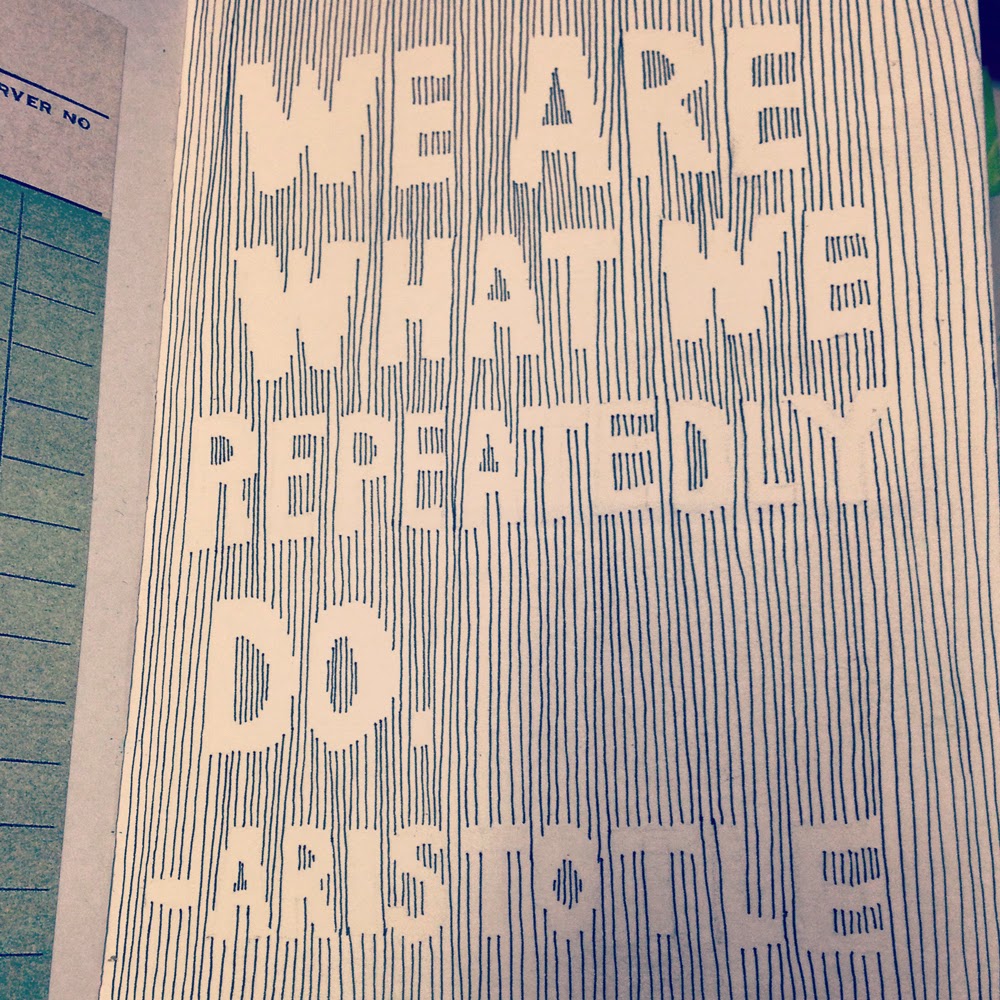 Travis Lewis:
"I'm never satisfied with my work. I resent the limitations of my own imagination."
— Walt Disney "Do whatever you do so well that they'll want to see it again, and bring their friends."
— Walt Disney "The way to get started is to quit talking, and start doing." — Walt Disney "I don't make pictures just to make money. I make money so I can make more pictures."
— Walt Disney Arnie Fenner already did a great Muddy Colors post a few years back on this, so check it out. And he added a few more: "If you could say it in words there would be no reason to paint." – Edward Hopper "Knowing what to take out and what to leave in is what separates the men from the boys."
– Frank Frazetta "Artists today think of everything they do as a work of art. It is important to forget about what you are doing – then a work of art might happen." – Andrew Wyeth And, to preserve his reputation, he added: "Yippee ki-yay, motherfucker!" – John McClaine Lars Grant-West: Here are some of my favorites - all from Robert Henri, who wrote The Art Spirit. Someone made me read it at SVA, and it's been one of those things I have to open and read a few pages out of whenever my eye hits it. “The object isn't to make art, it's to be in that wonderful state which makes art inevitable.”  “We must realize that artists are not in competition with each other. Help the young artists—find for them means to make their financial ways easier, that they may develop and fruit their fullest—but let us not ask them to please us in doing it.” “An artist must have imagination. An artist who does not use his imagination is a mechanic.”


Donato: "Do or do not, there is no try." —Yoda* "I can paint you the skin of Venus with mud, provided you let me surround it as I will."
— Eugene Delacroix Randy Gallegos: This first one is notable because my first business card out of college was a folding card, with an extended quote screened back behind the relevant info: "To speak of these things and to try to understand their nature, and having understood it, to try slowly and humbly and constantly to express, to press out again, from the gross earth or what it brings forth, from sound and shape and color which are the prison gates of our soul, an image of beauty we have come to understand--that is art."
— James Joyce, A Portrait of the Artist as a Young Man (And then I went on to paint goblins and the undead in the greatest example of aesthetic incongruity) More recent (in my life anyway), is this one:
"A scream may attract attention, but then passes on. A whisper, if it attracts, retains."
— Herbert Draper  Rebecca Guay (copied this from a recent Facebook post): "He who works with his hands is a laborer. He who works with his hands and his head is
a craftsman. He who works with his head and his head and his heart is an artist."
— St. Francis of Assissi

"I write only when inspiration strikes. Fortunately it strikes every morning at nine
o'clock sharp." — Somerset Maugham Scott Brundage: "The most important drawing is the next one"
— heard it from Steve Brodner, not sure if it is originally his. Eric Fortune: "I am interested in art as a means of living a life; not as a means of making a living."
— Robert Henri Gregory Titus: "If I'd have asked people what they wanted, they would have said a faster horse."
— Henry Ford Kristina Carroll sent a whole word document full! (Woman after my own heart): “There are no bad ideas, only good ideas that go horribly wrong.” – Jack Donoughy “The greater the artist, the greater the doubt. Perfect confidence is granted to the less talented as a consolation prize.” ― Robert Hughes "I don't think there's any artist of any value who doesn't doubt what they're doing." — Francis Ford Coppola It’s not the load that breaks you down, it’s the way you carry it. — Lena Horne “The chief enemy of creativity is good sense.”  ― Pablo Picasso "You miss 100% of the shots you don't take." — Wayne Gretzky “When things get tough, this is what you should do. Make good art.” – Neil Gaiman “Parameters are the things you bounce off to create art.” ― Neil Gaiman You won’t find your style. If you are authentic to who you are, your style finds you.
– Greg Manchess “The greater danger for most of us lies not in setting our aim too high and falling short;
but in setting our aim too low, and achieving  our mark.” – Michelangelo “If people knew how hard I had to work to  gain my mastery, it would not seem so
wonderful at all.” – Michelangelo "You can’t wait for inspiration. You have to go after it with a club." — Jack London 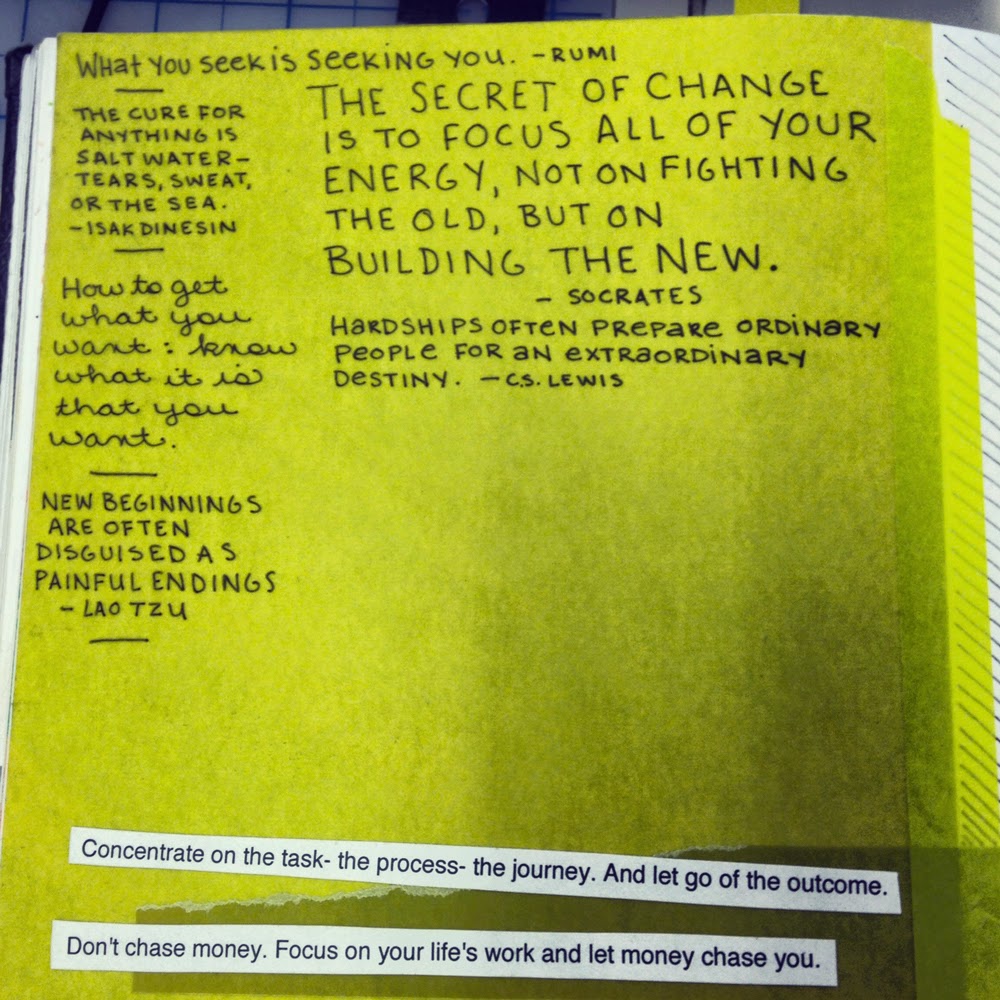 Toni Foti: "Don't let mistakes leave the kitchen" — Gordon Ramsey "Don't try to develop style. Ignore style. Just concentrate on drawing and style will just occur." — Richard Williams “Don't wish for "secrets" of the masters, either. There are none worth fooling with.
They had no special mediums or paints, nor special brushes that made their work great." — Richard Schmid
Kari Christensen: Hearing Greg Manchess saying "take a risk" probably a hundred times has been such good advice. It has helped me go from being stuck and wishing I could go in a certain direction with my work to taking jumps (or sometimes careful steps) into the unknown and making that path happen. The second is "Kill your darlings". It's so easy to get attached to a certain element of a piece, but it is not what the whole composition needs. It's been attributed to everyone from Faulkner to lesser known author named Arthur Quiller-Couch. Noah Bradley: "Work always as if you were a master, expect from yourself a masterpiece." — Robert Henri "A success is one who decided to succeed and worked. A failure is one who decided to succeed and wished." — Wm. A. Ward 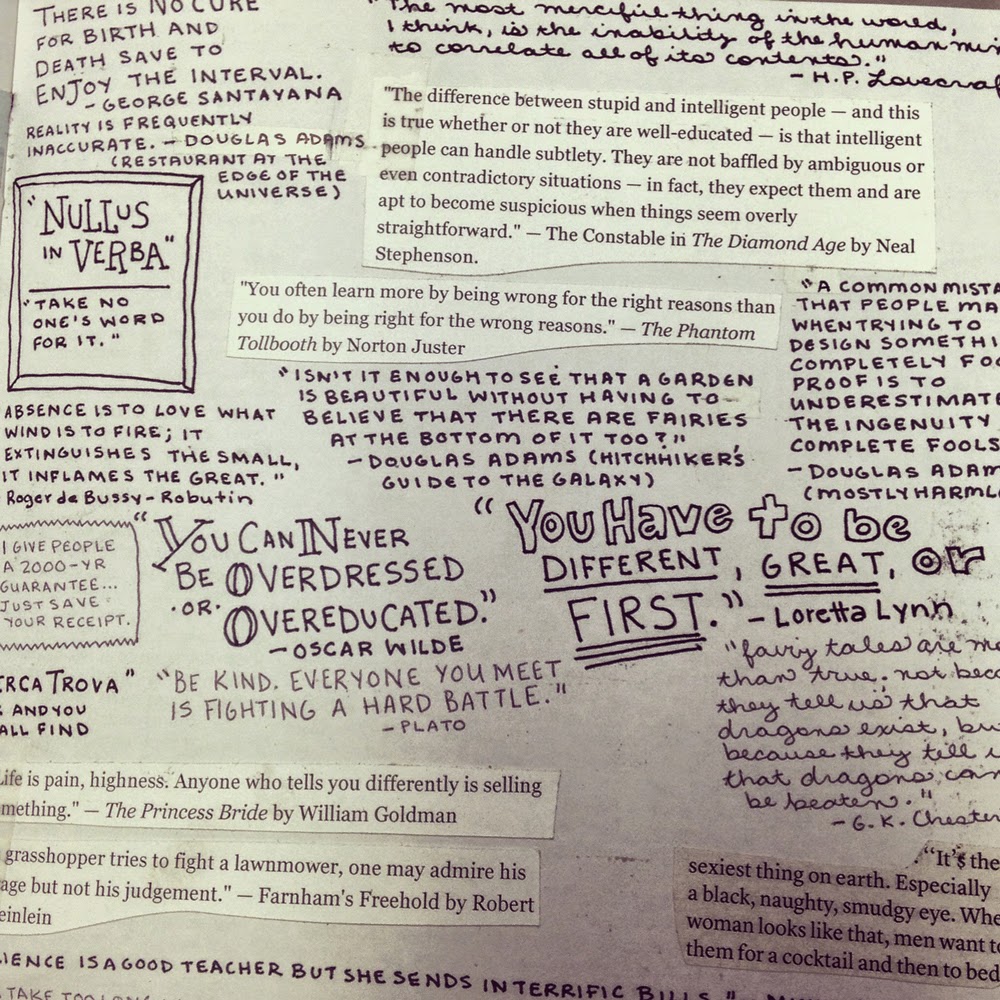 Sara K. Diesel: “Do not fear mistakes — there are none.” — Miles David “The object isn’t to make art, it’s to be in that wonderful state which makes art inevitable.”
— Robert Henri  “Don’t think. Thinking is the enemy of creativity. It’s self-conscious, and anything
self-conscious is lousy. You can’t try to do things. You simply must do things.”
— Ray Bradbury
"If I find 10,000 ways something won’t work, I haven’t failed. I am not discouraged, because every wrong attempt discarded is another step forward." — Thomas A. Edison
"I write one page of masterpiece to ninety one pages of shit – I try to put the shit in the wastebasket." — Ernest Hemingway
"To live a creative life, we must lose our fear of being wrong." — Joseph Chilton Pearce
"If you don’t design your own life plan, chances are you’ll fall into someone else’s plan.
And guess what they have planned for you? Not much." — Jim Rohn
"Imagination will often carry us to worlds that never were. But without it we go nowhere."
— Carl Sagan
"Doubt kills more dreams than failure ever will" — Karim Seddik Lauren K. Cannon: "Talent is for sissies!" — Greg Manchess So, in summation, we've learned we should probably all get a copy of Robert Henri's The Art Spirit if we don't already have one. And Greg Manchess has to be careful what he says late nights at IMC, because everyone is taking notes, ha.

And again, thanks to all the artists and friends who respond so quickly to my "Eep need help with a Muddy Colors post" emails. Love you guys. * Extra credit for geek quotes. And if you want more geeky quotes that relate to art, check out my post on procrastination, illustrated with Dune quotes.