The Battle of Five Armies: Round 2


As some of you may recall, a few years ago I took a stab at a battle scene which was inspired by J.R.R. Tolkien's Battle of Five Armies from "The Hobbit."

I had originally decided to do a version of "the Hobbit" for myself, both out of love of the story, and also so I could nail down my own ideas about it before Peter Jackson and the good folks over at Weta released theirs, (and risk having it possibly influence, or even replace, my own ideas).
To see the original series I did on "The Hobbit," visit the collection here. 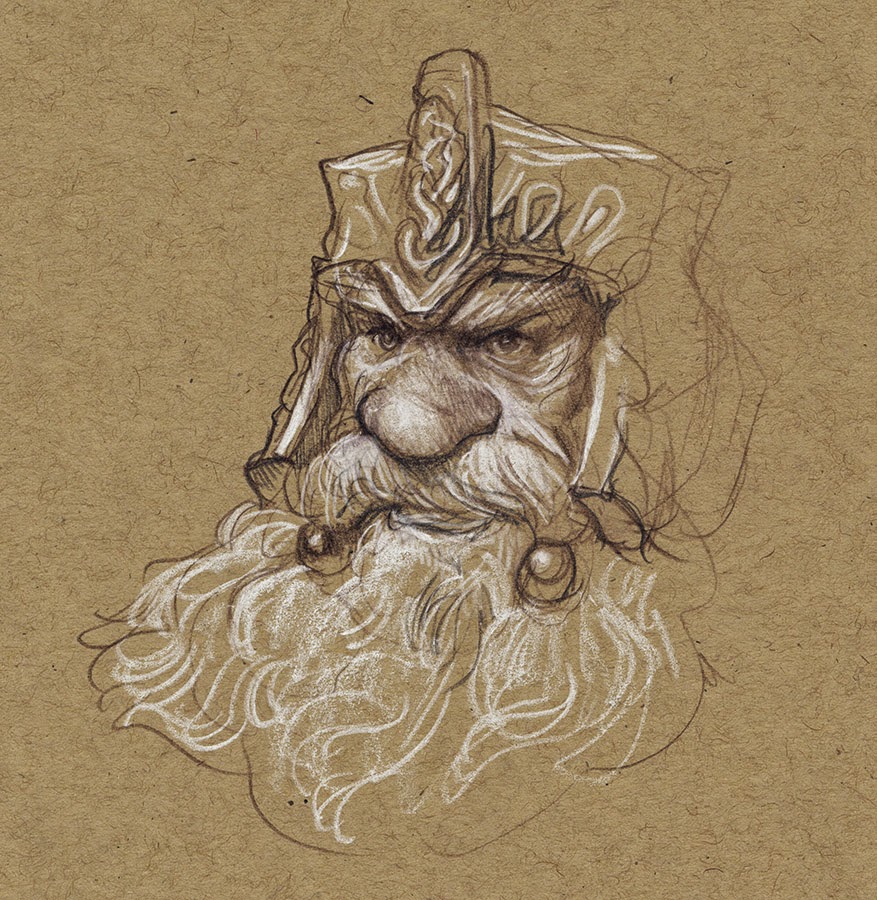 Now it is several years later and Jackson and co. are about to release the third and final installment of their films based on "The Hobbit." This one will almost certainly feature a particular scene that I have always wanted to paint.  One that Bilbo never even sees, but that nonetheless was one of the most interesting little side events from the story. 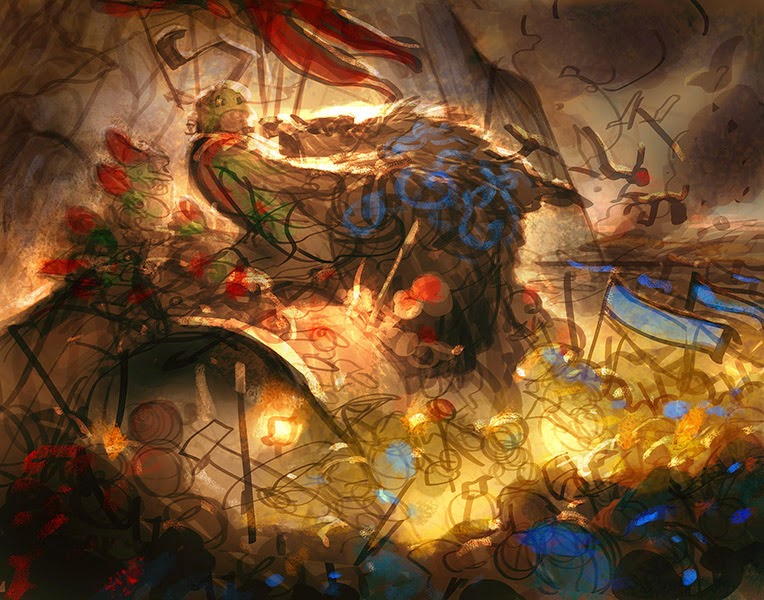 It's only mentioned very briefly, but yet it always held my imagination. I've always wanted to paint it. 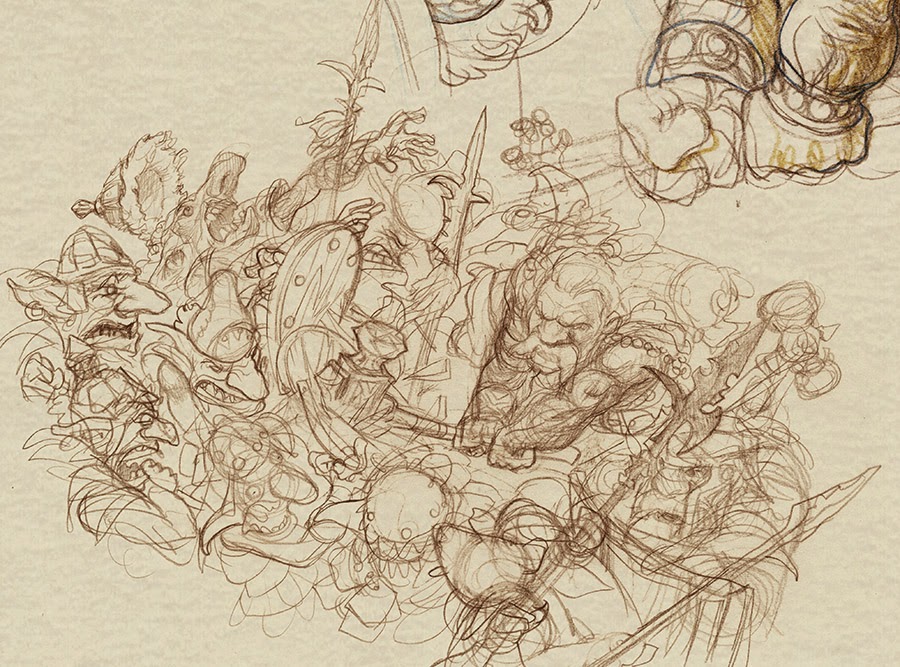 So now I am going about drawing all of my various heroes, villains, miscreants and warriors.  There are so many interesting little moments to work with in a battle scene like this.  Especially a battle scene where so much interesting development has occurred throughout the book leading up to this moment. 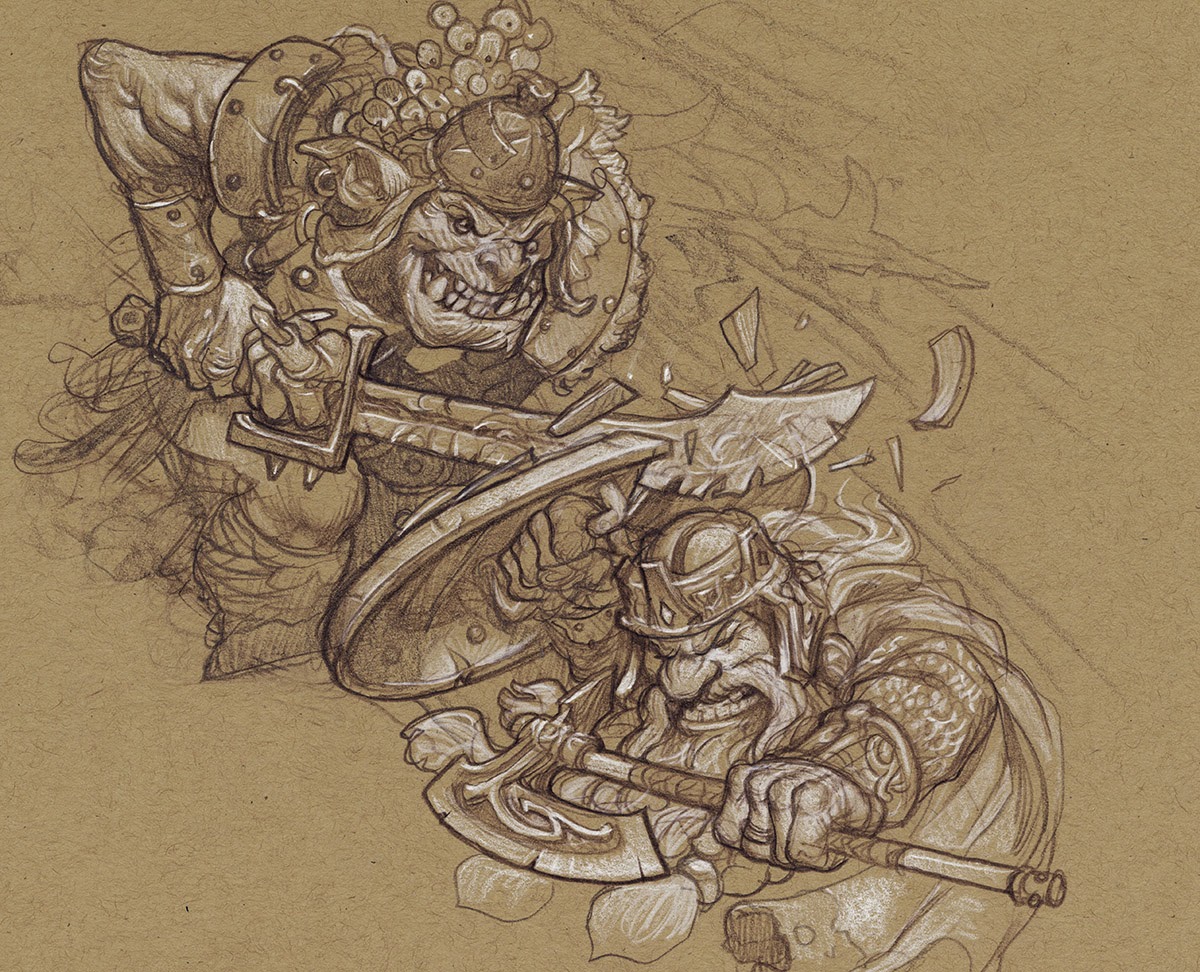 I'm hoping to have the painting finished long before the final installment hits...  but after working out my rough sketches, I am realizing that I have more than 50 figures performing some kind of action in the scene.  Maybe I've lost my mind... I mean, there comes a point when you have to ask, 'how many goblins is too many goblins?'
But I can't wait to jump in and start painting them. 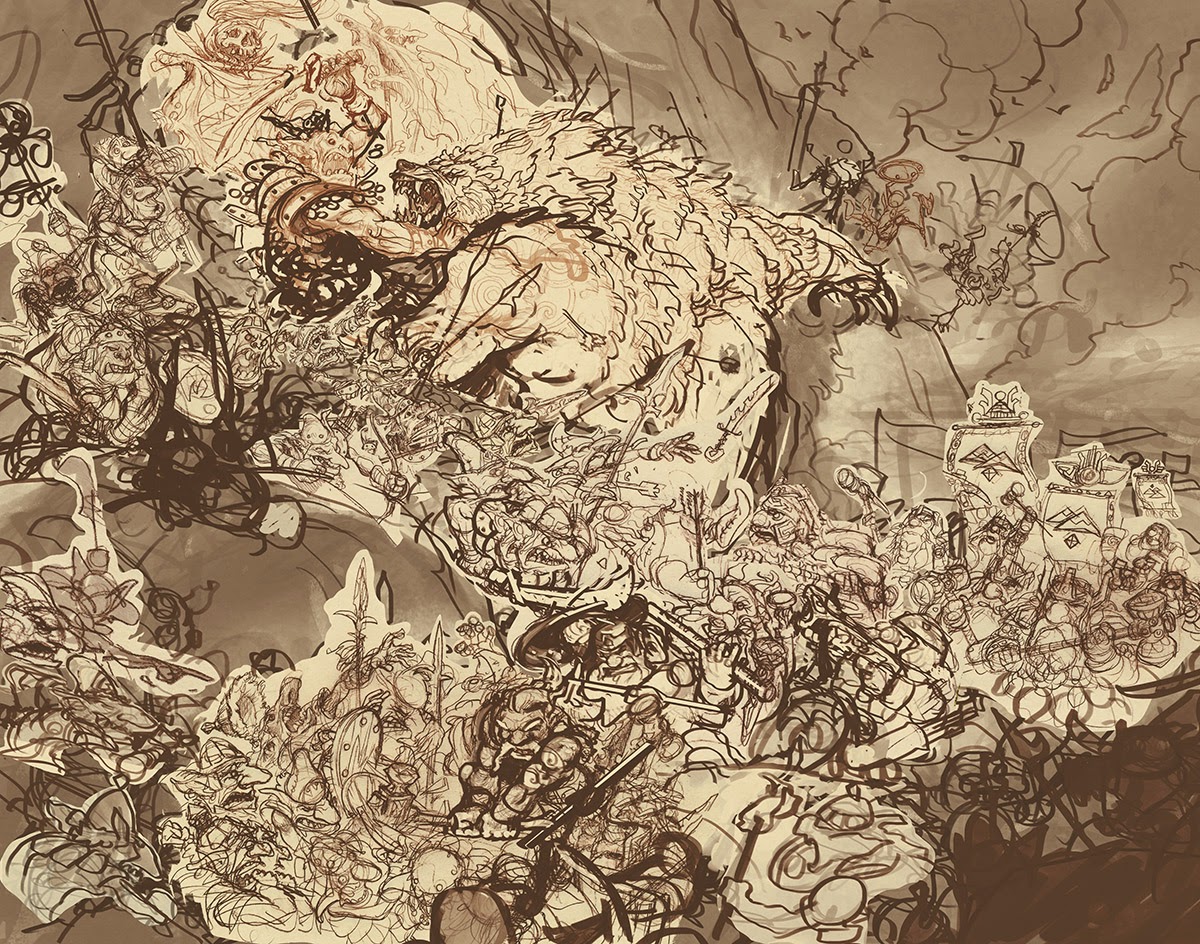 The Battle of Five Armies 2014
BE PREPARED FOR MADNESS.

One last note for those wondering: We finally have our print store back up! Check them out at GalleryGerard.com.

To follow the developmental work from my original series on "The Hobbit," visit the Hobbit posts on my old blog at quickhidehere.