I started paying attention to Mark Schultz way back in 1987 when I stumbled across a copy of Xenozoic Tales #1 on a spinner containing "alternative titles" at my local comics shop. (Clint's, to be precise.) It was love at first sight.

A post-apocalyptic adventure in which human survivors have to learn to exist with reemerged prehistoric life (Dinosaurs! Mammoths! Lizard Men!), Mark's stories were carefully constructed and his art exhibited a distinct EC Comics-inspiration. Deliberate and thoughtful in both his illustration and writing, the ecologically-rooted stories and characters became more complex with each issue even as his art technique evolved and became incredibly refined, lush, and sophisticated—which led to an immense popularity and loyal audience for the series. The care he invested in each issue limited his out-put, but his fans were (and are) patient and supportive. To date only 14 issues have been published since its debut (Mark says a new story is in the works), though the series has been collected and reprinted multiple times over the years and spawned an animated TV series for CBS, video games, a Topps Comics spin-off (not drawn by Mark), statues, and other licensed products. 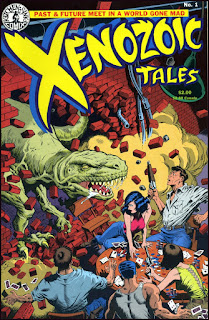 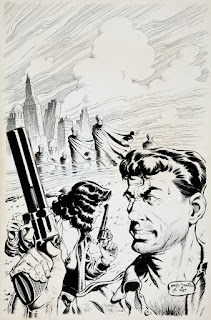 Above: Xenozoic Tales #1 from Kitchen Sink (left) and the original art (right) for issue #3's cover. Mark's initial Wallace Wood/Frank Frazetta/Al Williamson influences quickly evolved into a style that became unique and instantly recognizable as his own. 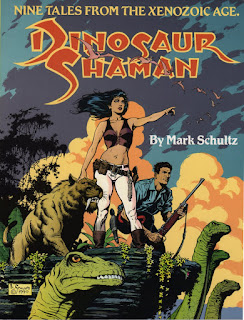 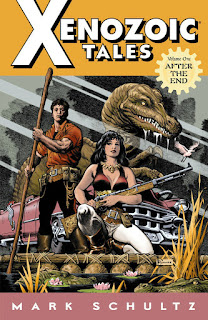 Above: Note the evolving refinement of Mark's style. Top left is a Kitchen Sink collection (1990), top right is from Dark Horse (2003), and the bottom is the dust jacket for the complete compilation from Flesk Publications (2013). Because of Mark's skill at drawing dinosaurs, he became part of a small club of illustrators with Al Williamson and William Stout whom fans affectionately dubbed "The Good Lizard Men."


14 issues of a comic in 28 years doesn't exactly seem like a whole helluvalot, but it's not as if Mark has been sitting on his laurels. He's drawn new covers for the various Xenozoic reprints (for Kitchen Sink, Marvel, Dark Horse, and Flesk), created art for a number of other comics, illustrated a collection of Conan stories for Wandering Star and the autobiography of Charles R. Knight for G.T. Labs, acted as a concept artist for films, served as writer for the Prince Valiant comic strip, and produced private commissions for collectors around the world. Many of those works were collected in five books from Flesk Publications, Mark Schultz: Various Drawings Vol. 1—5 (they've all now been gathered into a single just-released comprehensive volume). 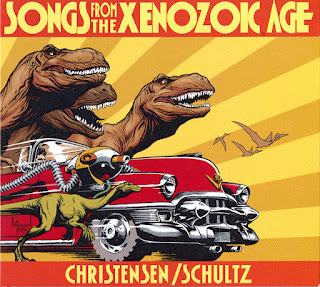 Above: Mark wrote the lyrics for this '50's rock-flavored music CD performed by Chris Christensen, Bill Mumy, and Miguel Ferrer.

As a pioneer of the creator-owned comics movement, Mark is one of the very few (along with Mike Mignola) who, after achieving success, not only continued to steadily create new work (in one form or another), but who has also continued to grow and mature as an artist. 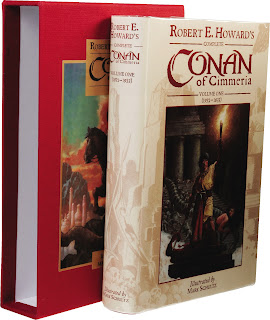 Above: Mark illustrated the first in a trilogy of deluxe collections of Robert E. Howard's Conan stories for the small press, Wandering Star. Gary Gianni and Muddy's Greg Manchess illustrated the other two. 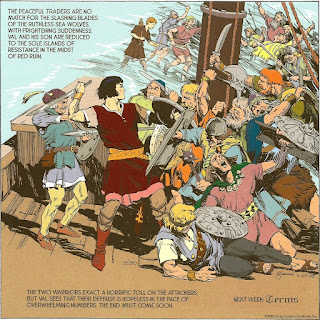 Above: A panel by Gary Gianni from the Prince Valiant newspaper strip written by Mark. Gary stopped drawing the strip in 2012 and it was taken over by Thomas Yeates; Mark has continued as the writer. 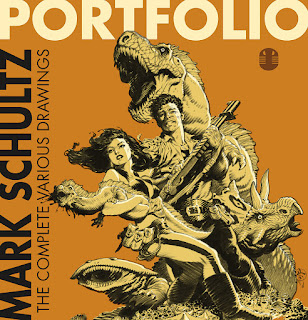 Above: Flesk Publications just released this fat collection of Mark's drawings in time for the San Diego Comic Con International. A slipcased limited edition has also been published.

Mark has spent the last few years writing and illustrating a new book, Storms at Sea; publisher John Fleskes airfreighted copies to the U.S. hot off the press and it had it's world-wide premiere at Spectrum Fantastic Art Live in May. What's it about? Well, to quote the press release: "Storms at Sea is Mark Schultz’s new, heavily illustrated novella that explores the border between what we want to believe is true and the reality that we'd prefer to keep concealed. From a crime-fiction framework, it opens up into a breathtaking journey through cryptic history, cautionary science-fiction and a speculative vision of the deep future." 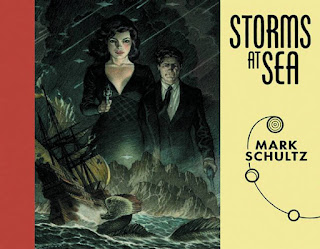 A lean and efficient storyteller (as evidenced by his Xenozoic and Prince Valiant scripts), the book is perhaps technically more of a novelette than a novella in word-count (if you want to be a stickler), but Mark nevertheless pulls the SF/detective conceit off. Beautifully.

Intentionally noir-ish and hardboiled, Storms at Sea also feels fresh and contemporary; there's no dust on a fast-paced tale that—pleasantly—also doesn't lack in characterization, subtlety, or subtext. Add to it over 30 powerfully elegant full-page illustrations and we're talking a book that packs a one/two punch. And the price? A bargain. 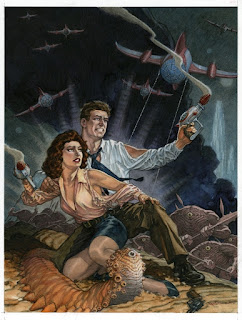 Am I a fan of Mark Schultz? You bet I am. Ever since that fateful encounter with Xenozoic Tales in Clint's Comics in 1987. Do I recommend you get a copy of Storms at Sea—and any of his other books? You know it.