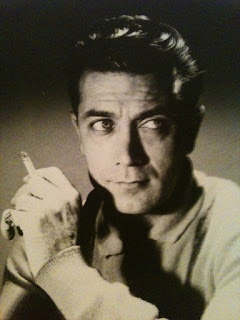 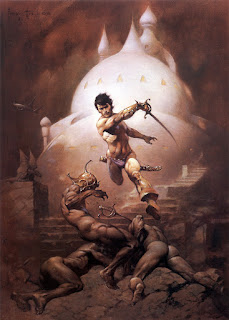 Above: Look at that punim! Frank was obviously a great-looking guy, but when asked
always denied that he used himself as a model for his characters. Frank was a big fibber.

There are few contemporary artists who make people go weak in the knees, but mention Frank Frazetta and even the most stoic buckle and get all gooey inside. Conan! Death Dealer! Tarzan! John Carter! W-O-M-E-N! Yowzer! Since the late 1960s, fans and pros alike have written and gushed and swooned as they described Frazetta as a God (capital "G") of fantastic art. I sat next to Frank's wife Ellie on a number of occasions in the Frazetta Museum and watched visitors tear-up when standing in front of their favorite paintings or become speechless when Frank wandered over from the house. The impact his art had and still has on people—particularly on those who encountered them first at a certain age as paperback or magazine covers—is undeniable, long-lasting, and affecting.

Because Cathy and I worked closely with Frank and Ellie on a batch of books (as well as other miscellaneous projects), I've been asked in various interviews over the years what was it that made Frank "the greatest fantasy artist of all time?" My answer has routinely been the same:

I don't believe he was—or is—the "greatest fantasy artist of all time." I believe he's one of many greats who are great for many different reasons. 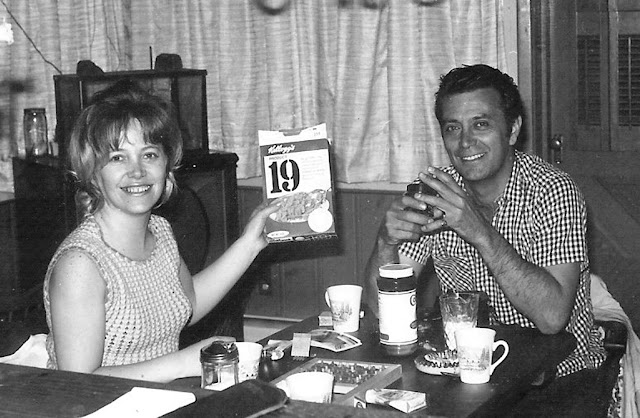 Above: Ellie and Frank Frazetta, circa 1970s.

But what I also always concede without a moment's hesitation is that Frank Frazetta was the best Frank Frazetta there will ever be. No one, no matter how carefully they study or imitate his style, can ever do what Frank did simply because they come from different places and different experiences; they can't know what was going on in Frank's head or why he did what he did the way he did it.

My relationship with the Frazettas began in the early 1970s and continued on and off and on again until their deaths. Others most certainly knew them better during certain time periods: Nick Meglin and Angelo Torres, Bob Barrett, and Russ Cochran were close to the them for various stretches, but it was unquestionably Dave Winiewicz who was their longest-lasting and most intimate friend. Nobody knew the Frazettas better than Dave—which is why some of his candid (and absolutely truthful) anecdotes upset fans that have embraced the Frazetta Myths. (There are a lot of them.) Me? I think my relationship—my friendship, my perspective, my experiences—with Frank and Ellie was a little different. Not better, just...different. I'll probably write about it a length at some point (more than I already have, that is), but for today's post I'll share something that Frazetta and I talked about more than once through the years.

Art God he may have been, but sometimes Frank had problems with both.

I spent a lot of one-on-one time with Frank over the years and we'd talk about all sorts of things, but I think he talked about art and artists a bit more with me than he may have with others. We'd go through Spectrum together every year and he'd pick out his favorites and ask questions about others. We'd talk about the artists he liked and those he didn't—and, of course, he'd talk about himself a bunch. Did Frank have an ego? God yes! But he also had insecurities that he often tried to mask with braggadocio and swagger. Despite his Saturday morning art classes when he was a kid (he actually learned more about painting later in life from Roy Krenkel than he ever did from Michele Falanga) and his teenage apprenticeships to John Giunta, Graham Ingels, and Ralph Mayo, Frazetta was largely a self-taught artist; regardless of his accomplishments and fame later in life, he was sensitive about his lack of formal training and didn't take criticism particularly well. 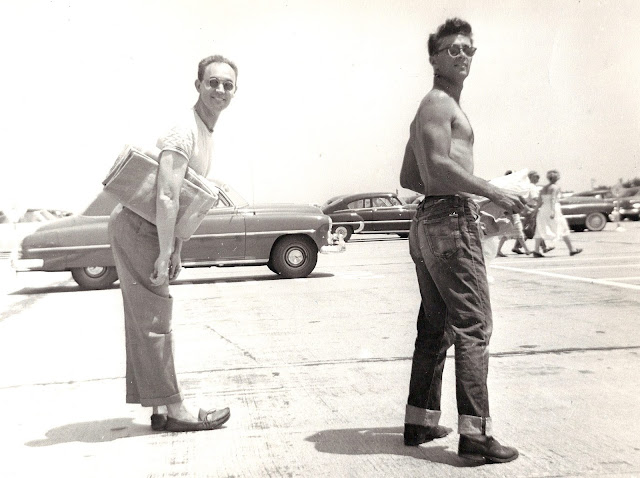 Above: Roy Krenkel and Frank Frazetta at Coney Island in the 1950s.

It was easy for me to flatter Frank and his work when we were together: my admiration and love for his art was (and is) sincere. But the more time we spent together, the more probing the conversations became. Everybody told him he was the greatest blah blah blah; he'd heard it all before and wanted some straight talks. My discomfort in the beginning with his pointed questions in time gave way to freewheeling give-and-take. (He reviewed my portfolio once: one of the worst experiences of my life. Not because of anything he said.) Frank was always interested in cameras and technology—he had an Artograph that he'd use as well as a darkroom—and we talked about the computer as an art tool; he was pretty fascinated and I promised to teach him Photoshop and Painter when there was a chance. Unfortunately, we never had the opportunity. 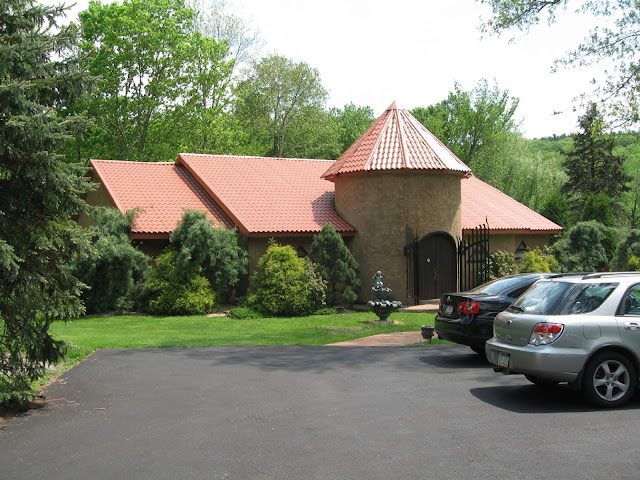 Above: The Frazetta Museum.

So there was the time he asked me to pick out paintings I thought had problems and explain how to fix them. "Problems? Oh crap!" Distorted anatomy was part of Frank's style—he made bodies, human and animal, do what he wanted them to do rather than what reality dictated—so that was off the table as far as I was concerned. But proportion and scale? Well...

Yeah, he put me on the spot and I figured, why not? We'd talk, I'd go home, do some down-and-dirty Photoshop manipulation, and bring him a color print the next time I'd visit. None of them were perfect—nor were they intended to be—but were just an aspect of or addition to the conversation. Frank was often surprised at what I'd do and it would almost inevitably prompt more questions.

Geez, we drank a lot of coffee late at night. 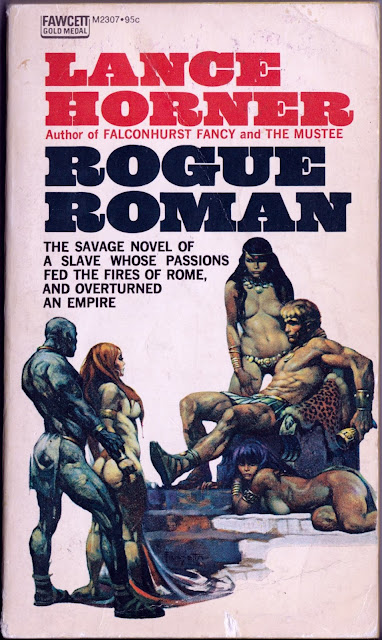 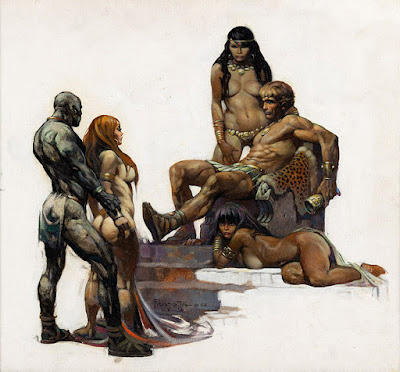 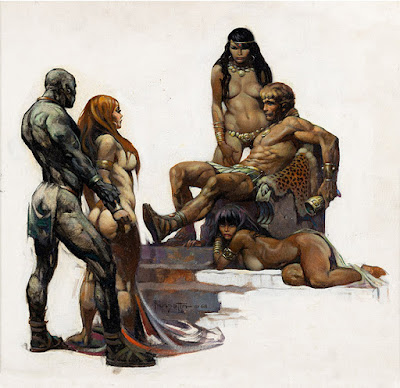 Rogue Roman. Boy, I love this piece. Love it, love it, love it. Frank once asked me what I'd save in the studio if it caught fire, and this was the first thing I mentioned. "What about me?!? Wouldn't you carry me out first?" he asked. My answer was, "Honestly, Frank, you're kinda low on my list," which made him roar with laughter. As you can see in the third picture, I enlarged the foreground figures a bit. 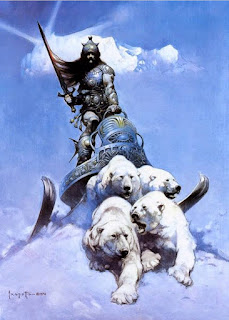 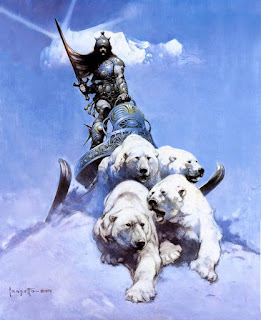 Silver Warrior. This was the cover for the paperback (Silver Warriors, plural) by Michael Moorcock and is easily one of Frazetta's most popular pieces. Nevermind that the bears don't have a harness to pull the sleigh ("It's magic, goddamit!" Frank would yell), it's their size that always bugged me. When I showed this to him, Frank thought for a minute then said, "Maybe make the two in front a little bigger than that!" I never had the chance to fiddle with it more to follow his suggestion. 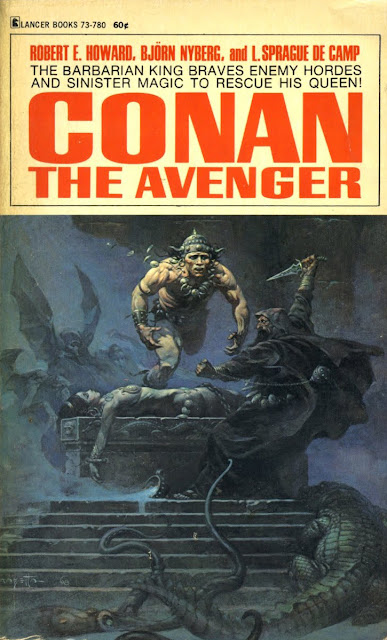 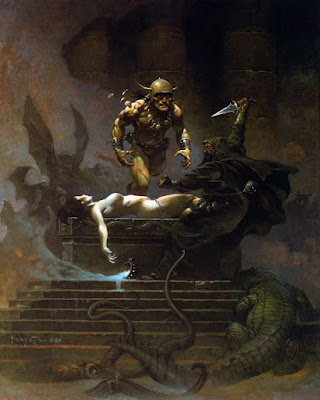 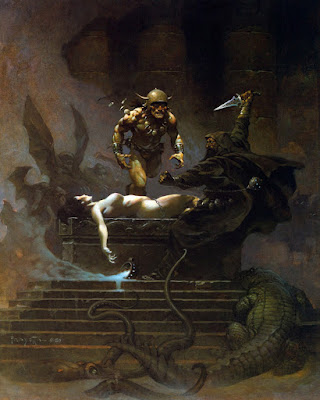 Sacrifice. This was one of the Lancer Conan covers that sort of flummoxed Frank from beginning to end. Though he totally repainted it—the middle image shown above—and greatly improved Conan's pose and expression (while at the same time replacing Zenobia on the alter with an, in my opinion, much less accomplished figure) he continued to have a problem with scale. Conan not only looked like he had already leaped past the wizard, but now the wizard himself looked even smaller than the woman. I think the adjustment in the Photoshopped #3 helps a little.


There were a few others, but you get the idea. And, of course, all of this was just a silly exercise as part of some midnight blather between Frank and I. Frazetta's art is dramatic and cathartic and wonderful—and always will be—and doesn't need any futzing to improve it, by me or by anyone else. Shoot, I didn't like it when he changed his own pieces (which, for me, was way too often) and when I'd say as much he'd reply, "They're mine and I can do what I want."

Anyway, I once said after showing him one of these Photoshop pieces, "You know, Frank, there are plenty of your fans who would howl 'Blasphemy!' and want to string me up if they knew I was fooling around on the computer with your art."

Frazetta thought for a minute, pointed a finger at me and growled, "Well then: screw them! We're having fun!"