At Spectrum this weekend we had a panel called Fight Club, during which we discussed a bit about social media and how to deal with trolls. It's important for artists (of any gender) to know when someone is trolling them, so that they don't waste their precious art-making time dealing with voices online who are only there to be destructive. Ain't nobody got time for that. So I thought I'd list some of the most frequently-used troll tactics, so you can recognize them and avoid/block when you have to, and engage with caution when you have the time and energy to battle some trolls.

First, let's define terms: there's a difference between a troll and an ignorant person, or a jerk. You cannot be a troll by accident. Trolls know they're trying to mess with you, frustrate you, and waste your time. If your whole day is shot because of them, that's their true victory. The only way to prevail is to deny them attention. 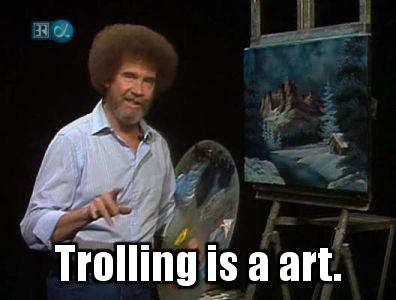 One who posts a deliberately provocative message to a newsgroup or message board or to someone's social media accounts with the intention of causing maximum disruption and argument.

The important point here is to realize a troll is more than just a jerk. A troll is trying to actively eat your time so that you don't get anything done other than focusing on the trouble they're causing.
Sometimes it's hard to tell if a person is a troll or just a person who may be decent but confused and coming off as more aggressive than they realize. Many artists find themselves reluctant to block someone that they're not 100% sure is a troll because they don't want to lose that fan. But I'm here to shed some light on the most common sneaky trolling tactics, so you can recognize them sooner. And if you do not consider yourself a troll, but find that you do these things often, you should realize that it is very possible that people are interpreting your comments as trolling, and you should be aware that you're coming off like a troll and you should probably take a look at how you're interacting online.
The New York Times did a pretty in-depth look at people who become internet trolls and why, so check it out. And here's 99U's Confessions of a Former Troll.
And here's some tactics of the common Internet Troll, so you can recognize them sooner, and block them before they wreak havoc on your pages.

(ex: Mansplain, Geeksplain) When a person that thinks they are superior to you and will proceed to inform you of all the details possible of a subject you already know quite well. A "Mansplainer" will tell women that they know what a woman feels better than the woman does. A "Geeksplainer" will find out your favorite fandom, then proceed to tell you all about it in detail as if they were the expert, and you weren't a fan at all. In an art context, this would be someone who is not even an artist trying to tell Donato how to paint a figure. 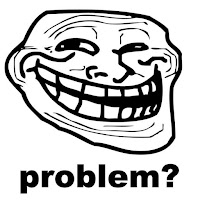 Repeated and relentless questioning, often times after the question has been explained in detail multiple times. The sea lion will insist they are acting perfectly civilly, but they are really just trying to delay you as long as possible and derail the conversion. The name comes from a webcomic frame (see below). 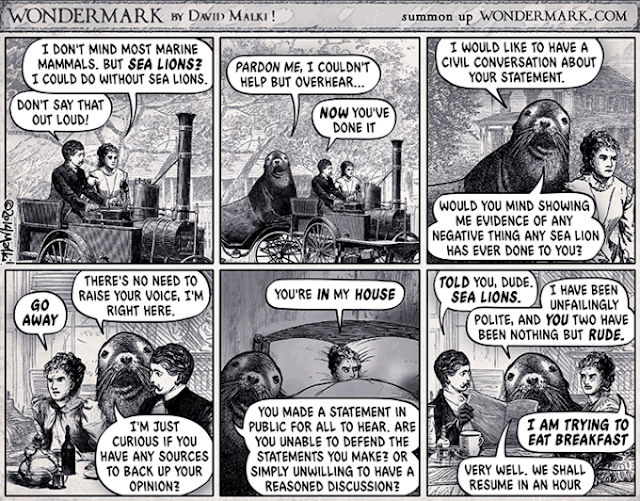 Bringing up incendiary and controversial topics to overwhelm a post and/or moderator, who has to deal with finding and policing every post.

Not caring about the content of your post or comment, but insisting your spelling and grammar must be perfect or you can't possibly make a valid argument.

Someone who returns as much as possible to keep commenting on a thread. Even if you do block them on social media. They'll make new accounts and keep making comments to follow you until you are convinced they are right.

When someone posts on your page but they repeat the same thing over and over, just to destroy the ability to have a conversation with anyone else. Usually it's something like "lol" or something NSFW, or just childish and taunting.

That person that goes straight for the incendiary words and name-calling—or right for the death thrusts and rape threats—even when the thread or comments didn't warrant that level of response. Drives all your sane commenters into a rage frenzy and the conversation immediately turns into a melee. I mean, you KNOW this one is a troll. Don't engage, just delete and block as quickly as possible.

…So those are the most prevalent types of troll attacks that come through our community. There's many more on this website. Definitely check it out, and if you notice people using these tactics, prepare to block them!

Depending on your gender, your race, and the topics of your artwork, you may or may not get trolled. It's not a given, nor a necessary sign of success, so if you are not getting trolled, please do not believe that it doesn't exist. Please do not assume that because trolls haven't targeted you that a troll attack is not as bad as people report. Although I've never been targeted to the extent that Gamergate targets have been, I've still gotten more than a few death threats and rape threats. You can't stop it from happening, but you can keep yourself as safe as possible.

If you have been targeted, check out these resources:

Feminist Frequency: Online Safety
Lifehacker: How to stop caring about trolls and get on with your life